Can your IQ Score Change Over Time? - WW IQ TEST 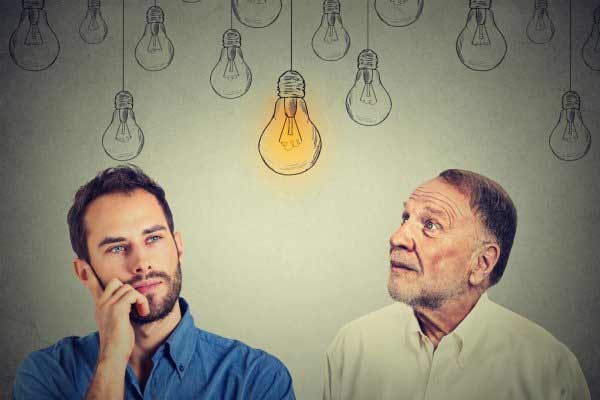 Can your IQ Score Change Over Time?

Nobody likes being labelled. The same principle is valid for intelligence. It is part of our DNA to
continuously try to better ourselves and let’s face it – no one likes being called dumb. There has
been a lot of debating recently regarding IQ results and if we are stuck with the same score for
the rest of our lives. In this article we will try to shed some light on this matter.

At a first glance, one can claim that our IQ will remain unchanged throughout our lifetimes. It is
a fact that our personal life experiences and growth play a very important part in our path, but
it is common ground to consider that an individual’s IQ score will remain unchangeable.

Should we dig deeper, it will come to our attention that even the standard IQ score shifts in
different stages of our lives. The IQ of a child will mutate as he matures, this is only logical. If we
add working-memory training to the mix the results are even more significant. The only obstacle
in IQ gain is old age – where disease plays a negative role on the intellectual integrity of a person.
One of the most intriguing age spectrums are the teenage years. Research suggests that during
this period, an individual may either increase or decrease his IQ. This is most probably related
to the development changes that a teenager experiences in terms of brain structure.
Longitudinal brain-imaging studies further show evidence that fluctuations in grey matter are
the possible cause for this unstable occurrence.

MRI brain scans and standard IQ tests were performed on 33 normal people in their early
teenage years and then again in their late adolescent years. Results were far ranging, being the
picked-up IQ scores between 77 and 135 in the early teen group and 87 to 143 in the later years
group. The reached conclusion was that the IQ score altered between -20 to +23 in terms of
verbal IQ and -28 and +17 for non-verbal IQ. Further analysis showed a link between the IQ and
increases in cortical density and the brain volume related to the regions involving verbal and
movement functions.

This discovery is immense and provides answers to serious questions. Experiences during an
individual’s teenage years presumably alters one’s brain structure and mental capacity.
Occurrences such as drug abuse, social stress or poor education seem to have significant
negative impacts on a young adult’s IQ level while a mentally healthy environment and an
abundant educational experience can hugely benefit a teenager’s intellectual ability.
This data proposes that, no matter how much importance is given to a child at a pre-school level,
it is the middle school and early high school years that form and shape our true intellectual
growth. This makes us question the social neglect given to those who are “slow learners” as
opposed to early high achievers who, more often than not, fail to live up to expectations as
parents and educators assumed that they already had what it took to manage social experiences
on their own. This is a clear indication that educational care is something that should be
incentivized no matter how autonomous a pupil appears to be.

Alterations in a person’s IQ depends on a countless number of factors. Something we should
consider, though, is that maybe it is not about making a person smarter, it is actually about
making said person function better. It is possible to teach a child to be better at math without
the need to teach him actual math. What is important is that we teach the child to organize and
plan his strategy better, this will improve their academic outcome not only in a determined
subject but in the global comprehension of the task at hand. To some academics, being smarter
is actually being more efficient at using the tools we are inherently given.

Comprehending changes in IQ also calls for delicate and pondered consideration on how we are
measuring a given intelligence. There is a huge misconception about skill and knowledge – we
can improve our vocabulary through studying but this does not mean that we are getting any
brighter. The best approach to measuring intelligence is to analyze the skills that motivate the
gain of knowledge we are looking to achieve.

Even further studies seem to indicate that individuals, especially in more modern societies, are
experiencing significant changed in IQ over time – approximately 3 points per decade. To be
more precise, there seems to have been an 18-point increase from 1947 to 2002. Putting things
into numbers, the average IQ of a 20-year-old in 1947 was lower than that of a person with the
same age in 2002. Results also show that the older you are, the more stable your test score will
be.

It is important to differentiate between three distinct connotations of the word intelligence.
There is biological intelligence, or what is classically defined as neural efficiency. Then there is
psychometric intelligence – your measured IQ score – which is an incidental and flawed method
of estimating biological intelligence. Research throughout the past decade with the use of
several state-of-the-art forms of neurotechnology (ie. brain fitness programs) suggest that it is
possible to tweak your neural productivity. Your cognitive functions can be made to work more
competently and in a more synchronized form. Taking all this into account, it is fair to say that
people can change their IQ scores. Your score may alter not due to any significant change in
general intelligence, but because different tests may be used which measure different levels of
skill. Furthermore, some abilities tend to stabilize over time – such as verbal and reasoning –
while others tend to deteriorate – for instance, processing speed and short-term memory.

As a conclusion, yes, our IQ varies throughout our lives, both in an increasing and a decreasing
pattern. Data seems to validate that our teen years are important in shaping our standard IQ
score, however it is not the only decisive factor. What is really determinant is how we use the
level of intelligence we are given, the way we approach a task and how well we plan a strategy
to face it. Being prepared is the key. Never stop challenging ourselves is the door.

How to Keep your Mind Sharp