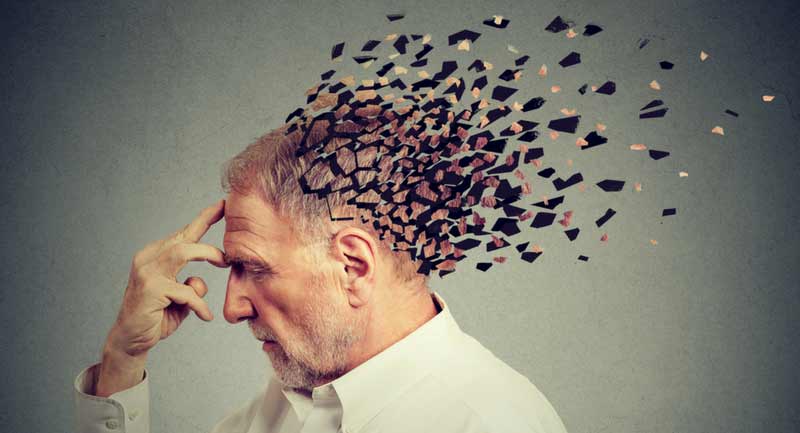 Life is made out of unforeseeable circumstances, some pleasant and heartwarming, others bitter
and full of pain. Illness is without a doubt the main source of discomfort and lack of quality of
life. Dementia, a general term used to describe the loss of memory and other related thinking
abilities, can lead to other more serious diseases such as Alzheimer’s. But what if there are
simple ways of training our brains into preventing or at least delaying the effects of this
troublesome disease?

Training one’s brain is a continuous task that, when done correctly, has exceptional results not
only on a person’s mental prowess but also on their wellbeing as a whole. Common forms of
activities that challenge the brain are crossword puzzles, sudoku and a wide variety of computer
games. Many studies have been undertaken with the sole goal of answering one question: can
brain training prevent dementia? Some say yes. Evidence shows that cognitive training can
improve both memory and thinking, especially among middle-aged or older individuals.
Evidence also suggests that brain training may even help older adults to perform their daily tasks
at a more satisfying pace, however, further studies are required in order to consolidate these
claims.

Brain training is based on the idea that if you do not use something, you will end up losing it. As
such, the more you challenge your brain the less likely you are to suffer any form of cognitive
impairment, which obviously includes dementia. The premise for this theory is that individuals
who perform highly complex jobs or who do crosswords, puzzles or learn new hobbies tend to
have lower rates of dementia.

The biggest study taken to date with the use of computer brain training was sponsored by the
Alzheimer’s Society and counted with nearly 7,000 people above the age of 50. The brain training
program in display tested the individual’s cognitive and problem-solving skills. The outcomes
unveiled that there were progresses in reasoning and the recollection of words six months after
the test. The further the exercises were accomplished; the more likely participants were to see
enhancements in these brain functions. Some people in the study took cognitive tests but did
not participate in the brain training games. This type of study is considered precise because the
investigators can compare the results of those who did brain training with those who did not.
This helps to analyze the true effect of a study on a patient. Those above 60 years of age who
partook in the study described that the brain training test also improved their ability to
experience their daily activities such as handling a household budget, making meals, shopping
or even using public transportation.

There are a great variety of commercial brain training games and products on the marketplace,
some of which have been tested in rigorous studies while most of them have not. This can be a
delicate matter as brain training games are designed to challenge different brain functions so be
on the alert when choosing a training game. These may not have scientific evidence backing
them up which may mean that they are making false claims for their own financial benefit.
Alzheimer’s disease affects 5.4 million people in America alone, most of which are over 65. As
our society ages, higher is the number of individuals who suffer from this disease. Alzheimer’s
causes issues with memory, discerning and conduct, and while it is normal to sporadically
overlook things as you get older, Alzheimer’s is not a standard part of aging. Alzheimer’s disease
is the most frequent form of dementia, a general term for memory and thinking difficulties that
are so severe that they can affect day to day events, accounting for at least 60 percent of
dementia cases, mostly among those 65 and older. In some situations, however, it can distress
younger people. Alzheimer’s is a progressive and sadly uncurable disease. Nevertheless,
investigators have confidence that it is possible to try and delay the onset of symptoms or stop
them from progressing at a fast pace. One of the ways researchers trust as a form of delaying
the start of dementia is with the help of brain training. The premise behind brain training is that
just as exercise helps you keep your body in good shape, mental exercises help your brain stay
nice and fit.

A rigorous study discovered that brain-training actions can decrease the risk of dementia. The
technique used is called speed-of-processing, being the main objective to have the person
speedily recognize and recall an object that is before them.

Throughout the study, applicants were arbitrarily placed in one of three training groups: verbal
memory skills training, reasoning and problem-solving skills and the third for speed-ofprocessing training.  All through speed-of-processing training, contributors acknowledged an
object in front of them, as well as objects in their peripheral vision. As the game carried on,
applicants had less time to identify objects and also faced distractions on the screen.

The group of contributors that established speed-of-processing brain-training sessions
experienced a 29 percent reduced risk of dementia for the following 10 years. Still, academics
note that more revisions need to be performed in order to understand why speed-of-processing
brain training is effective, as opposed to the other types of brain training.

Despite the fact that it is uncertain if games tailored explicitly in the direction of dementia and
Alzheimer’s prevention actually work, there is proof that maintaining your mind sharp and taking
good care of yourself can help keep your brain healthy as well.

Taking care of oneself, such as getting 150 minutes of exercise per week, eating a healthy diet
filled with fruit, vegetables, whole grains, lean protein and dairy may encourage brain health.
Additionally, staying mentally and socially dynamic as you age may help to keep your brain
healthy. Consider lively events such as adult education classes, handicraft workshops, reading a
stimulating book, doing crossword puzzles or other errands that expose your mind to new and
fulfillng tasks.

The origin of the IQ Test